DISCOVERY Children’s Museum and San Manuel Band of Mission Indians are proud to present a new pop-up exhibit honoring Native American cultures on the Museum’s third floor.  The exhibit features Southern Paiute basketry, jewelry, and pottery, and a Navajo headdress as well.  In addition to the temporary exhibit, kids and their families will be able to enjoy Museum-wide cultural programming through the end of February.

Representatives from both DISCOVERY and San Manuel hosted an unveiling of the exhibit on Wednesday, January 26th, at DISCOVERY Children’s Museum. It began with a blessing by Benny Tso and a land acknowledgment by Rata Hickey. DISCOVERY wanted to acknowledge that the Museum is situated on the traditional homelands of the Southern Paiute Peoples, offering gratitude for the land itself, for those who have stewarded it for generations, and for the opportunity to play, learn, discover, and be in community with the land. Following the ceremony, Koby White performed a Native American Crow Hop dance. 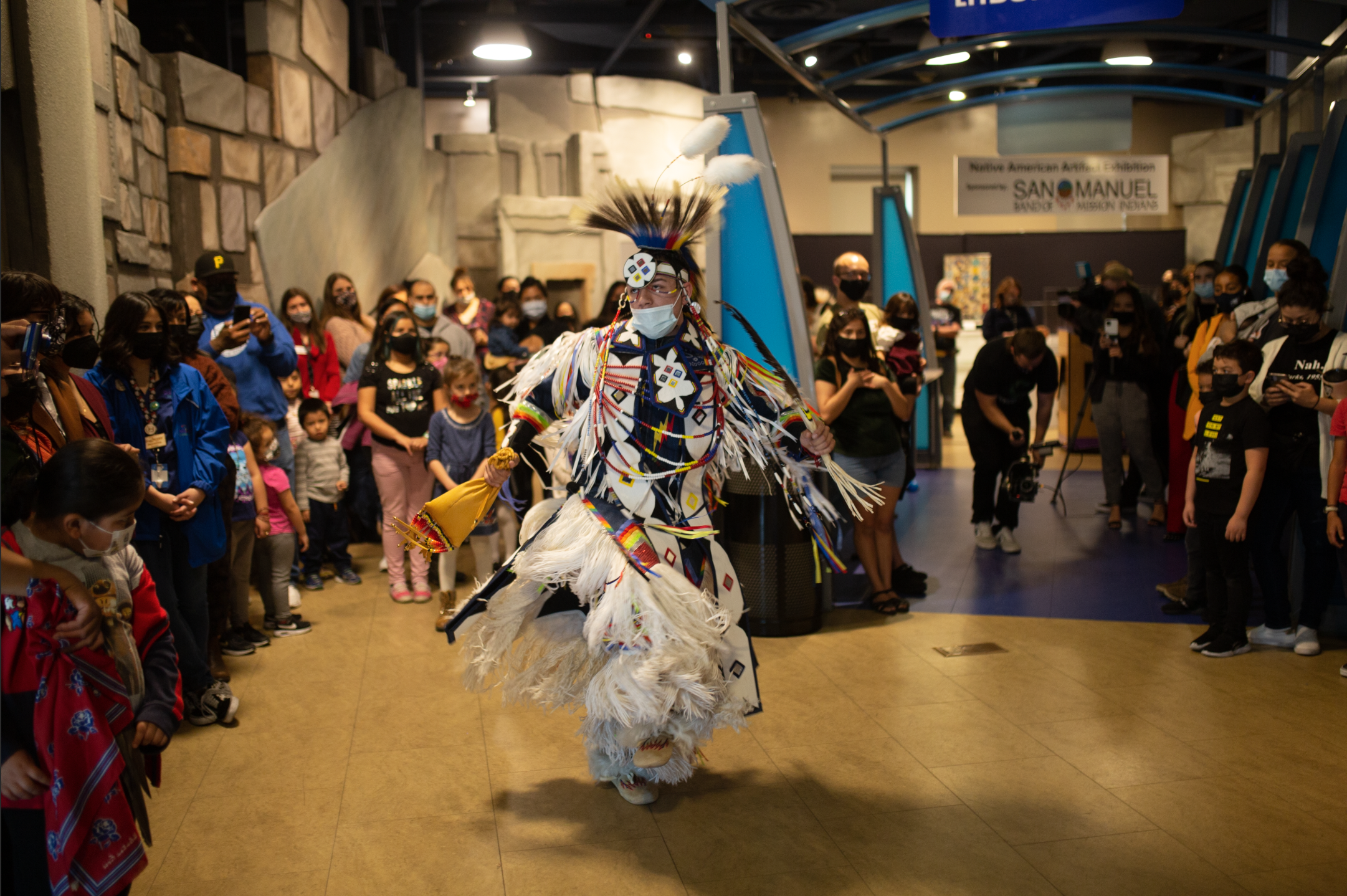 The San Manuel Band of Mission Indians presented DISCOVERY Children's Museum with a generous check donation of $50,000, which not only provided funding for the temporary exhibit of Native American Artifacts in partnership with the Clark County Museum and Lost City Museum. 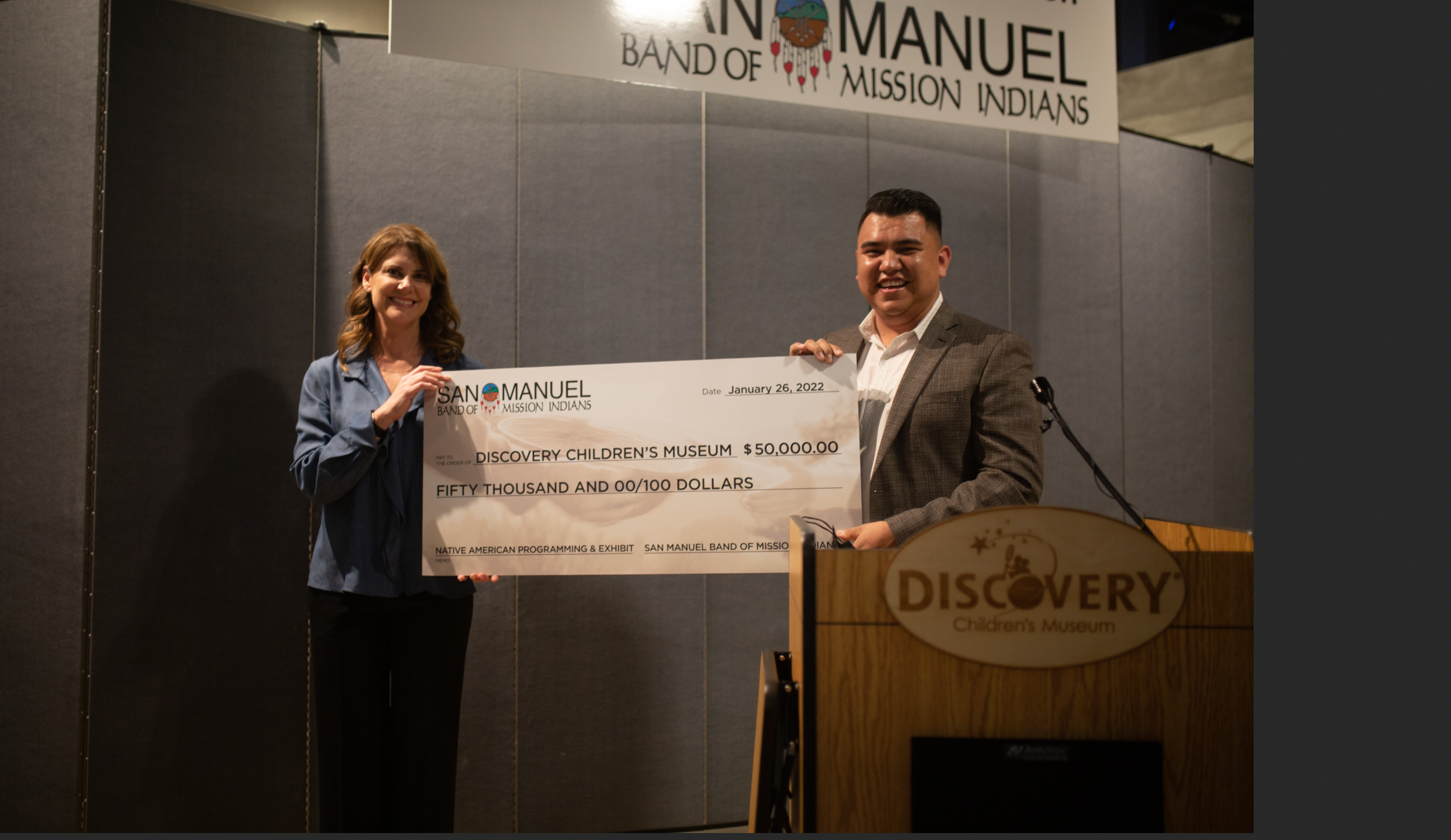 DISCOVERY has also partnered with Indigenous Educators Empowerment and The Indian Center to bring artists from local tribes to the museum to teach cultural workshops and perform native dances.

The Native American Artifact Exhibition will be located in the Museum’s ‘Solve-It’ gallery on the third floor and runs now through February 28, 2022.

We put our kids first

That’s a FIRST made possible by the DISCOVERY Children’s Museum.

As a premier educational partner in the community, we will champion collaboration that inspires every child to become an innovative thinker through the joy and wonder of hands-on DISCOVERY.

Learn more about us